It is the last day of February and the snowdrops and primulas and daffodils are just about out.

Meanwhile in UNESCO world heritage site Schoenbrunn palace garden, things are looking a little bleaker but it should only be a few more weeks before it starts to get more colour.  Actually, visiting Schoenbrunn is great whatever the time of year and in the winter you can see more of the ‘structure’ of this baroque garden: how the sight lines were designed to stretch along infinity defying axes, how solidly and well pruned are the hedges, what the Columbary  looks like without its leafy setting. 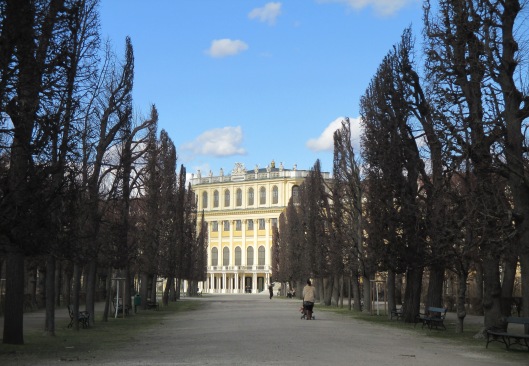 Here is a hedge from a closer angle, together with the aparatus which is used to prune the tall hedges. The design of this won’t have changed for hundreds of years…

The skies were very dramatic last week – with bright blue spring skies and billowing clouds.  Schoenbrunn looks stunning set against this backdrop, both from the back 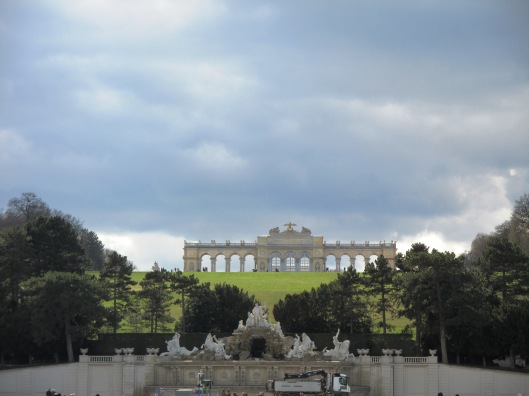 the view up to the Gloriette against dramatic skies.  The court of honour at the front looked rather lovely this day. 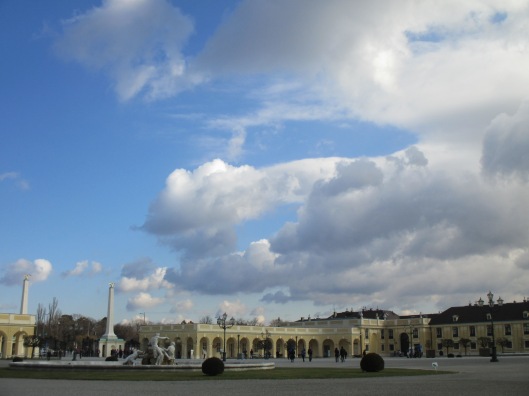 The imperial carriage collection, housed in an old riding school was charming in the late February sunshine, as was the Columbary, at the centre of the Schoenbrunn Merry Go Round, or Landtmann’s Jausenstation – an attractive snackbar opening on 5th March.. 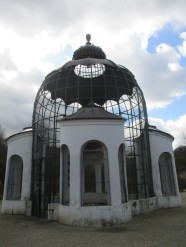 The highlight today though was the traditional ladies’ cast iron convenience, dating from the early 20th century.  The four examples have recently been renovated, insulated, had 4 layers of paint and had underfloor heating installed at a cost of 429.000 Euro.  If Dr Who was an Austrian women – this would be what she would travel in.

Well, everybody knows that Vienna now has several claims to UNESCO fame.  The Altstadt,

the old Greek quarter [actually Levantine] in the 1st district 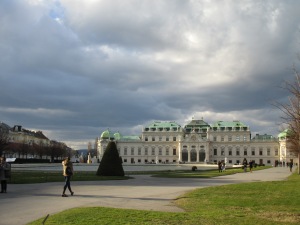 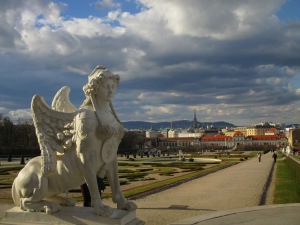 but did you know about a whole host of other items of intangible cultural heritage? like the Spanish riding school, Blue press cloth printing, Austrian herbal remedies, Viennese yodeling and lots more here